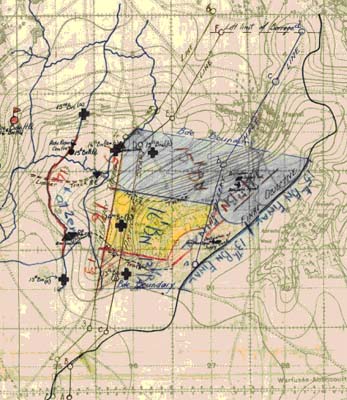 I have been involved with the project for about six months now and really enjoy the research Iâm doing. However, until the first DIG meeting I had no idea what fun I was missing!
Like most of you, I expect, I had delved into the main sites a bit, but sometimes items
seemed either boring, not what I was looking for or just irrelevant. Then at the first DIG meeting I listened to Paulâs wonderful talk about going beyond the basics and looking more into the war diaries and maps.


Iâd previously had a quick look but didnât realize the importance. However, with Paulâs example still ringing in my head, I went home and logged on to the Australian War Memorial site, and followed the route to the diaries.
This time, I kept clicking and got to the Battalion and Brigade notes for my favourite Digger, and then went even further to the appendix....there were the maps! Well, I soon found out exactly where my lovely soldier had fallen, and even the Casualty Clearing station that he would have been taken to, if he ever made it that far. A lot of the story made more sense....all the jigsaw fell into place. Aerial maps, meticulous battle plans down to the last detail and write ups by officers every day, with so much more information....I was hooked.

Also, there were details of a âSports Day" and a âRace Dayâ for the troops, held at a Chateau for those having a short break from the front. There were Siamese races, greasy poles, swimming competitions...not only was each man wanting to win for himself, but for the sake of his unit, it was so important. Huge sums of money were available to the winners...up to a 3 guineas in some events, but that was to be shared between all the unit. 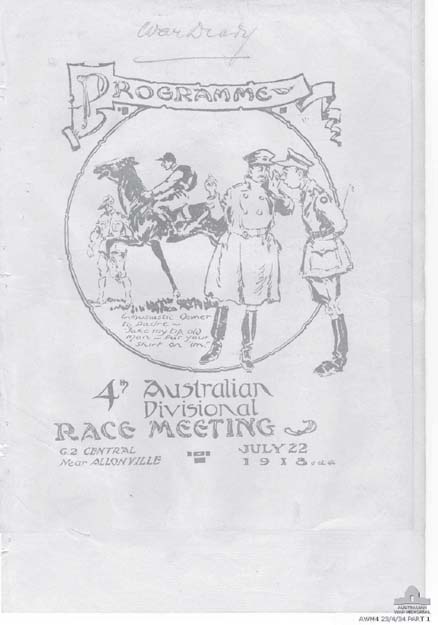 The programmes were beautifully written and clearly the army was trying to provide some light relief to let off steam, making the most of those few precious hours before going back into the hell of war.

If it wasnât for Paulâs excellent talk, I would have missed a great lesson on the âother sidesâ of war, and never really found out exactly where my favourite local boy fought. Now, on my visit to the battlefields in September, it will mean so much more. Thank you Paul.

And thank you Carol, our dedicated Cooroy researcher, for sharing your thoughts.

If you would like to see the war diary that got Carol so excited, see link below. 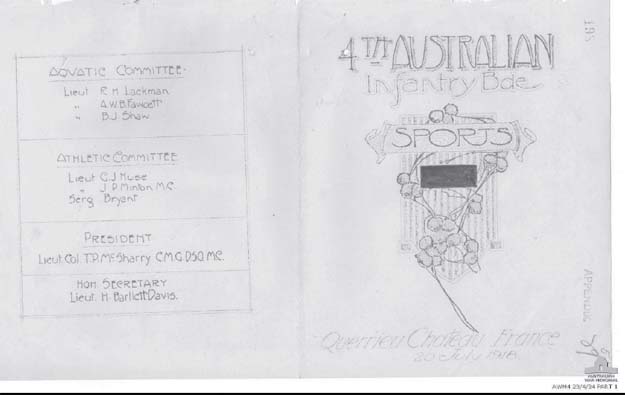