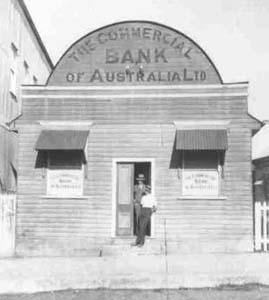 The following letter is from a young Victorian who volunteered when at Nambour in the position of teller in the Commercial Bank, Mr J.J. Chapman. It was received by Mr J.J. Wilkinson:

“I suppose you have been wondering how I have been getting on since I left Nambour to join the Australian Imperial Forces. 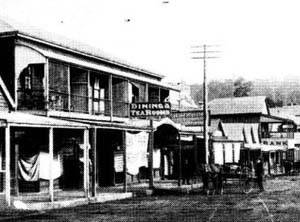 I daresay you have been following our travellings through the daily papers, and that you know that we have not had a chance to distinguish ourselves yet. Mena Camp is situated about eight miles from Cairo, and is surrounded by the desert. The Pyramids are only a few minutes’ walk from the camp, and they are very interesting to all the Australian soldiers. As far as I can gather we have almost finished our training here, and we are all hoping that our stay in Egypt will be short, as marching through the heavy sand has become very monotonous; most of the officers and men appear to be completely knocked up after a few days’ hard work in the desert. Altogether there are some thousands of troops in Egypt, a large proportion of which are Australians. I met young Lanham the other day, and he and I are attached to the same company. I believe he arrived with the reinforcements a few days ago. I suppose you are aware that a soldier on active service has very little chance of writing letters. I have just managed to get a pen for a few minutes and I thought I would drop you a few lines. The life of a soldier is full of hardships and I often wish I was back again to get a good meal at Geddes. However, I am keeping in good health and so far the life appears to agree with me. I will have to write again, as someone else wants the pen, and I will have to conclude. My address is enclosed herewith, which will always find me. Give my kind regards to all enquiring friends.”

With PR savvy, Miss E Geddes of Geddes Café took advantage of the letter from J.J.Chapman to post the following advertisement in The Chronicle a few weeks later.