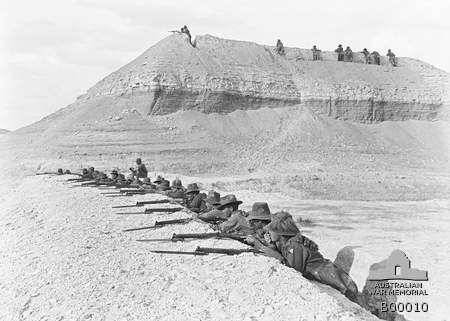 Photo: Side view of men of the 5th Australian Light Horse, on alert, in a section of the bridgehead. This bridgehead, established on the eastern side of the Jordan after the first Amman raid, was retained throughout the summer of 1918. Photo: AWM B00010 Whilst browsing, as I often do, just keying words into Google, I came up with a site dedicated to the Light Horse Brigade.

Some names from the total indexed list do not have a place attached to the soldier so please let me know if you find another one of “our boys”.