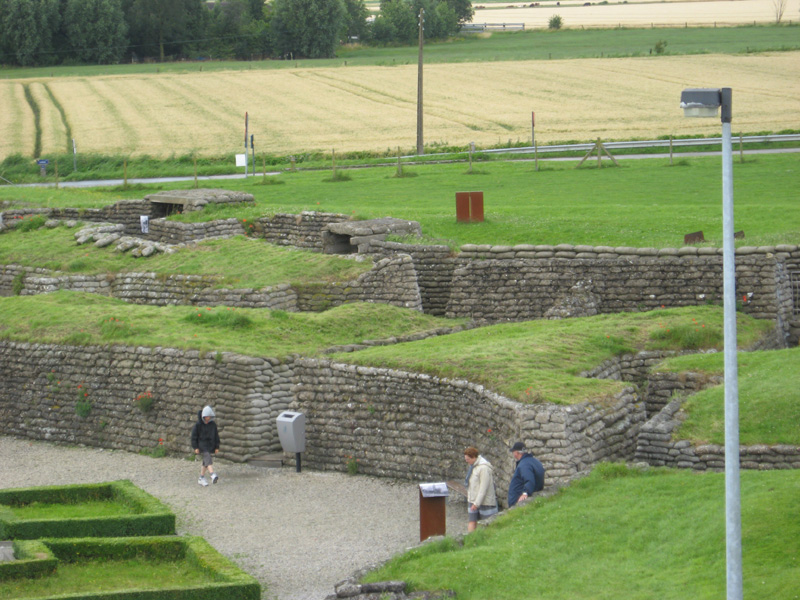 Our tour group is in the heart of the fields of Flanders, based in Ieper in the region known as the Ypres Salient, synonymous with the names of Passchendale, Polygon Wood, Ploegsteert, Messines, Hill 60 and the Menin Road. We will be visiting all these places over the next few days. 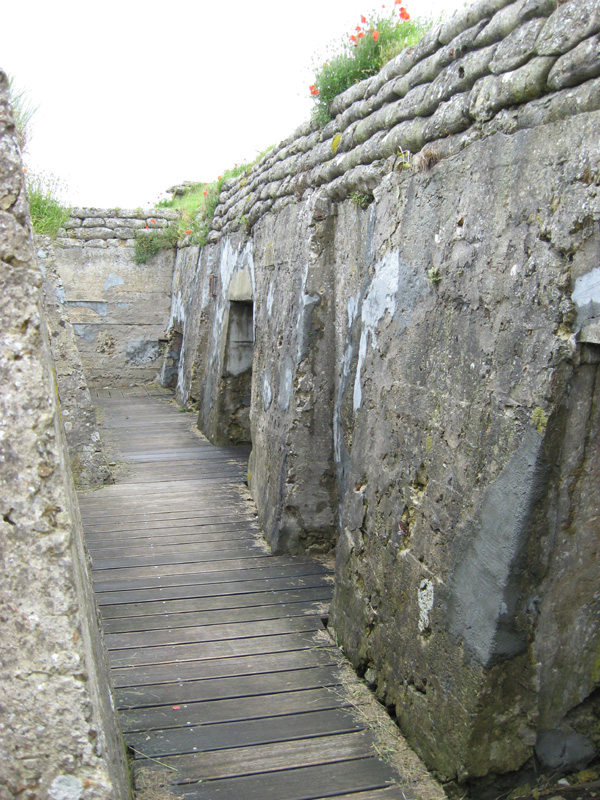 I am not sure what I expected to feel when I got to the Western Front but it is a mixture of emotions. Almost 200,000 men from the British empire died in this area, half of whom are still missing. The whole place is a shrine of remembrance to those who lost their lives here. You drive a kilometre and pass about eight cemeteries, some with a few graves, some with twenty or thirty and some with hundreds and hundred of graves. Belgian cemeteries, Canadian cemeteries, English and, of course, German cemeteries.

I am struck by the sense of tragedy and death all around us.

We drove to Ieper today from Amsterdam and made a stop at the Trench of Death, so named by the Belgians who fought there in an attempt to stop the Germans taking over their town. I walked through the reconstructed Trench of Death and peered into the hollows that were permanent shelter for the soldiers. But what struck me was the frail poppies, so beautiful and so delicate, clinging to life on the concrete “sandbags”.

Every corner, every road, every farmhouse has some kind of memorial. The farmers plough their fields around the immaculate cemeteries, big or small, which sit in the middle of their farms surrounded by cabbages, corn or canola. The rich soil is quite muddy now due to the rain and it instantly conjures up memories of all the photos we have seen of weary soldiers covered in the thick gooey mud.

I can’t help but wonder how living amongst the reminders of such horror affects the collective psyche of the local Belgian people. It is such a contrast to see the peaceful serenity of the local church cemeteries which seem to fit more into the natural of order of things, representing the cycle of life and death in a rural village. 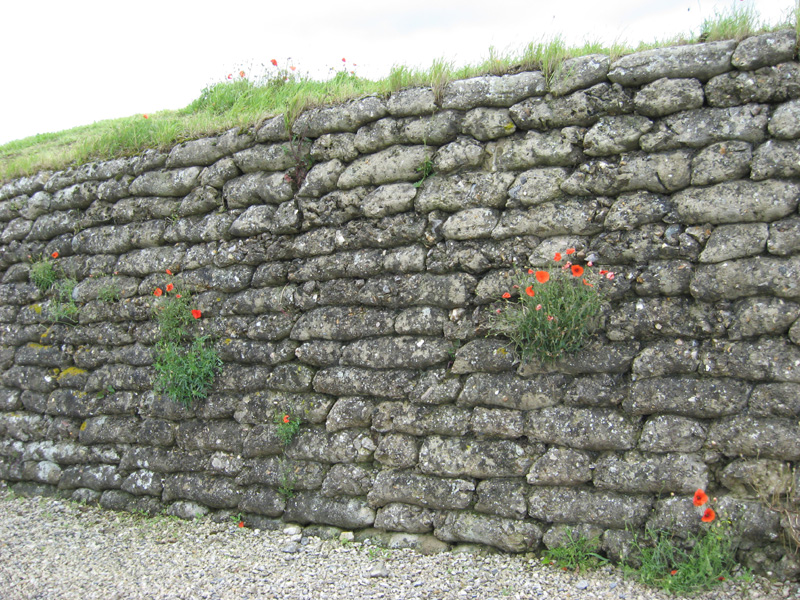 And the paradox is that the region gets tens of thousands of tourists each year and this has now become a major part of the local economy. I can’t help but be reminded a little of being in Northern Ireland where the people just go about their daily business and try not to get caught up in the drama and sorrow of “the troubles”. I wonder if this is how the Belgians cope.

Every evening at 8pm the Last Post is played at the Menin Gate and we will be attending a special service there on Tuesday night. I’m sure the coming days will be enlightening and emotional as I pay tribute to 32 of our own boys from the Sunshine Coast.