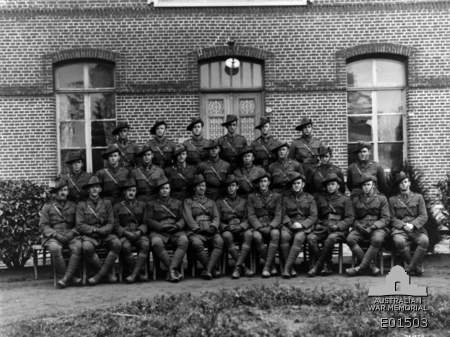 Front row left is Private William McFarlane WHITECROSS, 62, and Private Alexander Sinclair WHITECROSS, 63, Nambour brothers who joined and served together. Both boys were members of the Nambour Town Band and one of these two photos was enlarged and sent to their father to be presented to the members of the Nambour Town Band  (The Chronicle 4 February 1916, p4)