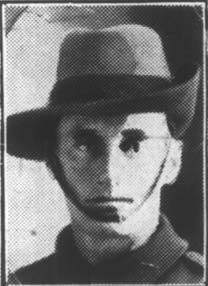 Mother remarried 1910 c1587 Qld to George Henry Cooke On 22nd October, 1910, five weeks after his wife’s death, George married Elizabeth Abraham, the widow of Jabez Abraham also a teacher, who had died in 1908. The family now numbered 17 children and in January, 1911, George and Elizabeth moved the family to Eumundi where he took up the post of Head Teacher at the local state school. This remarkable family made a huge contribution to the war effort with eight of their sons enlisting in the army including Herbert William. Three died and did not return to Australia.