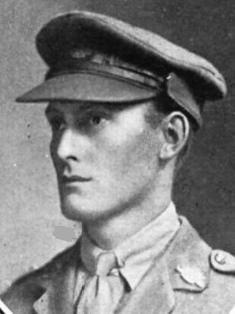 The Chronicle 16 August 1918 p4, MAPLETON. Presentations and Returned Soldiers. The Mapleton hall on last Wednesday, the 7th instant, was the scene of a very pleasant function, when a Welcome Home was tendered and presentations made to the Mapleton returned soldiers. The recipients were Lieut. G. A. Still M.C., Lieut.J.R.Allbrey, Messrs.Harry Chinn, F.D.Lound, C.H.Williams, E.K.Harvey, Don Cogill, W.Jorgensen, A.D.C.Hetherington. Framed certificates were also handed to the relatives of the late J.McKinnon, J.J.Logan, and R.Logan, who have made the supreme sacrifice, and (to use Lieut.Still's words)'have gone West'. The presentations were made by the Association's president, Mr.W.J.Smith, whose remarks were supplemented by Mr.J.R.Morris. Both speakers referred to the gallantry of the Australian troops, and incidentally stated how distinction had been brought to Mapleton by the award of the Military Cross to Lieut.Still and military medals to Frank Pope and Robt.Swinton....more... The address presented to the soldiers reads:- Mapleton Progress Association, The Great War, 1914 - 19 To....... Dear Sir, On behalf of the Mapleton Progress Association we desire to express to you our high appreciation of the services you have rendered to your King and Country, in this, the greatest War in history. The grand sacrifices, and noble heroic deeds performed by our soldiers have carved for Australia a niche in the Temple of Fame, which will endure as long as time lasts a glorious chapter in the Empire's story. We admire and honour the splendid spirit of patriotism in which you responded to your Country's call, and the high sense of duty which led you to voluntarily take up arms in the defence of Liberty, Truth, and Justice. With best wishes for your future, and in deep sense of gratitude for your services. We have the honour to be, dear Sir, your obedient servants, for the Mapleton Progress Association, W.J.Smith, President D. F. Story; Secretary, Mapleton Progress Association, Mapleton, 1st July, 1918.