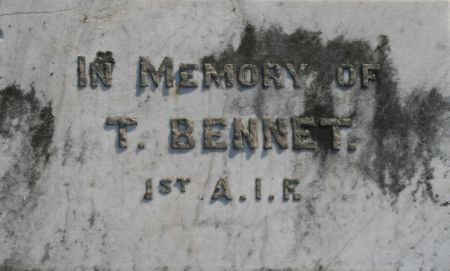 The occupation of miner has led to Thomas Bennett 7458 who was born in NSW around 1885 (32yo single man - mother as NOK) and enlisted as a miner in Tassie. He was discharged med unfit (previous VD and urine problems).

Thomas is not included in the Adopt a Digger database as he falls outside our criteria of living in the district before 1925. He is included in this gallery as he has lived in the district later in his life and is buried in a Sunshine Coast cemetery. Importantly, as a WW1 digger he still deserves to be recognised and commemorated by our project.